Attending the Fun with Fermentation Clinic this past October got me all fired up to conquer the brine.

Mountain Rose Herbs Mercantile hosted a class on how to make Fire Cider.  And when they say fire, they mean fire; horseradish root and jalapeno are just two of the ingredients.  Before this, I had never heard of fire cider and I was so intrigued.  It is said to help boost natural health processes, stimulate digestion and warm you up.

My friend, Tiffany and I getting ready to take our shot of the fire cider made in class. 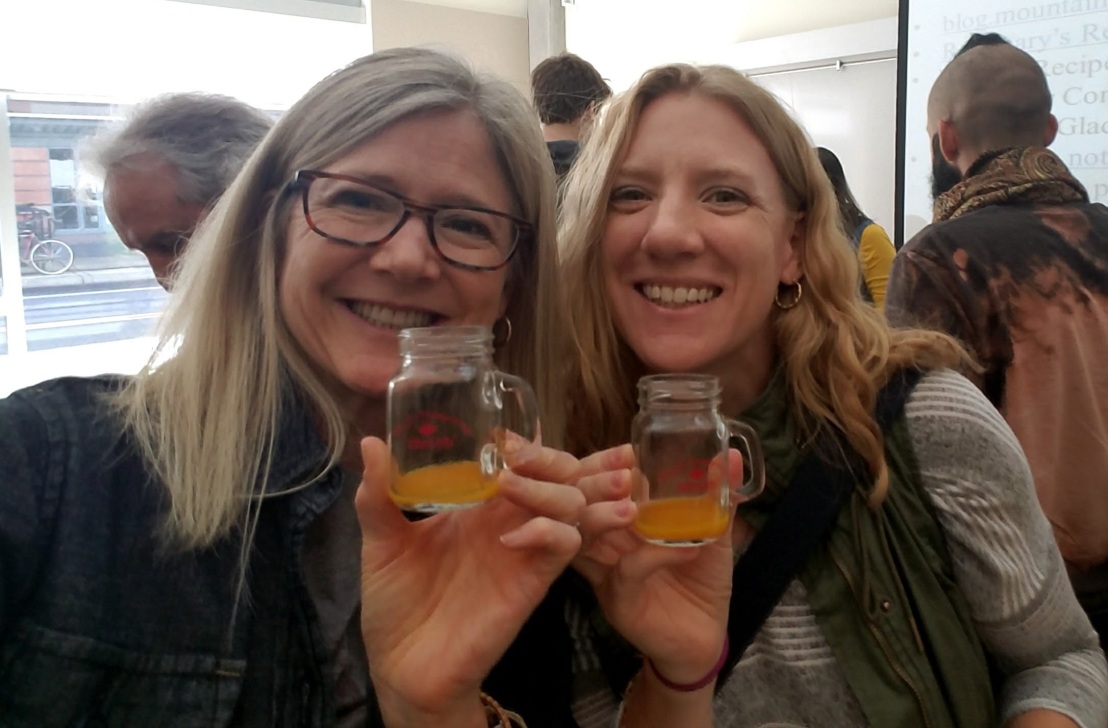 Just smelling it feels like it clears out all your sinuses.  The initial taste is spicy, like nothing I’ve ever had before, plus it has a really good after taste.

The following recipe is what was shared with us from Mountain Rose Herbs, with credit given to Rosemary Gladstar.

1 medium onion (I used purple for the color contrast), chopped

Combine all the ingredients into a quart size mason jar, then pour in the apple cider vinegar to cover the food.  And now for the kicker!  You can either bury, like dig a hole in the ground and cover it with dirt, the jar for 1 month or you can just leave it on your counter for the month, giving it a little shake everyday.  I did the latter, which wasn’t nearly as exciting as burying it.  I had visions of a grand fire cider digging up party, with dancing of course. 😉

Here is the fire cider, all freshly chopped and ready to go!

It was fun to watch the process and how it transformed over this time period.  To say I was excited for the taste testing would be an understatement.

You then need to strain it, to just get the liquid to drink.  And as an added bonus, the vegetables can be used in other recipes. 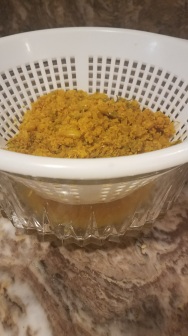 Using 1 cup of the strained grub, I incorporated them into a stir fry.  I found what leftover vegetables I had in my fridge and freezer- sugar snap peas, carrots, bell peppers, mushrooms, corn, peas and zucchini and cooked it all together in my wok.  I also added in 3 eggs, which is all I had since our chickens are not laying much right now.

It turned out amazing!  I did not have to add one spice or seasoning since it was already so flavorful from the fire cider grub.

This is a text widget, which allows you to add text or HTML to your sidebar. You can use them to display text, links, images, HTML, or a combination of these. Edit them in the Widget section of the Customizer.
Loading Comments...
%d bloggers like this: